Why Isn’t Canada Using Every Tool to Stop the Spread of COVID-19?

December 16, 2020 (Calgary, Alberta) – With a vaccine months away from being widely available and Canadians continuing to die at an increasing rate from COVID-19, Rapid Test & Trace Canada announced today the launch of a campaign to raise awareness about how mass rapid testing and contact tracing can stop the spread of COVID-19.

Formed by a coalition of Canada’s top academics and public health professionals and citizens representing businesses from multiple industries, we are asking the federal and provincial governments to immediately implement a nationwide rapid test and trace program, to save lives and allow Canada to safely reopen our economy.

Working with supporters across the country, Rapid Test and Trace Canada has begun discussions with governments, institutions, and businesses to launch pilot projects to demonstrate the effectiveness of rapid testing.

As predicted, the second wave of the virus is devastating Canada as infection rates and hospitalizations rise dramatically, and hundreds of Canadians die needlessly every day.

But it does not have to be this way, and mass rapid testing is the best solution to immediately stop the spread of COVID-19.

Using antigen tests which deliver results in minutes, mass rapid testing involves testing people frequently, regardless of whether they are symptomatic, to detect those who are infectious to treat and isolate them. With effective contact tracing, those who have been exposed to infected people can be tested to stop further spread.

Dr. Michael Mina, a Harvard University epidemiologist and one of our advisors, released a study that provides a blueprint for how rapid testing and tracing could cripple COVID-19 in weeks.

Slovakia has already successfully executed a mass testing campaign, reducing cases by 60%, and pilot studies are mushrooming all over the world.

What is Canada waiting for?

Our team estimates that, for under $2 billion, Canada could test 200,000 people per day immediately, working towards testing five million people per day by April, allowing us to all but eliminate the virus this winter.

None of what we are proposing is controversial or difficult – it simply hasn’t been done and, so far, our provincial governments cannot explain why.

The federal government approved and acquired millions of rapid antigen tests months ago, and they are in the hands of provincial governments.

Rapid tests currently used in Canadian require health professionals to administer them which can be an impediment. Following the United States, Canada must also approve the use of rapid at-home tests for Canadians to test themselves frequently with no barriers.

Now is the time to act, as mass rapid testing can save thousands of lives and deliver major economic benefits.

By advocating for more and better testing and tracing, and developing pilot projects across the country, Rapid Test and Trace Canada is working to protect Canadians’ lives and our economy.

We are calling on Canadians to support this initiative by contacting their local elected officials, signing our online petition and sharing the information about this campaign.

We hope our governments will do the right thing and make rapid tests available to Canadians immediately.

“As a business owner who cares deeply about my community, I have been incredibly frustrated by the government’s failure to implement mass rapid testing. It is the best tool we have to fight COVID-19 while we wait for a vaccine, which is still months away from being widely available” said co-founder, Sandy White.

“With hundreds of thousands out of work and suffering, and more people dying every day, we are asking the government to act to protect us and to enable us to reopen our country safely. Lockdowns alone won’t do it. We need to be testing extensively using cheap rapid antigen tests now. That our governments are unable to do this is shocking.”

“Canada needs to take advantage of all available tools in dealing with the pandemic. Other countries have had success with rapid testing and there is no legitimate reason for Canada to not incorporate this as part of our overall strategy. I encourage all Canadians to join me in spreading the word about rapid testing to help stop the spread of COID-19,” said co-founder, Adam Singfield.

Dr. David Juncker, a McGill University professor advising Rapid Test and Trace Canada, says “the best rapid tests are highly accurate at detecting contagious individuals, and could be rolled out immediately as part of pilot programs in areas with the greatest need where disease prevalence is high such as schools, and long-term care homes, including during times of lockdown. As many countries are finding out, people want rapid tests, and governments are the ones holding back.” 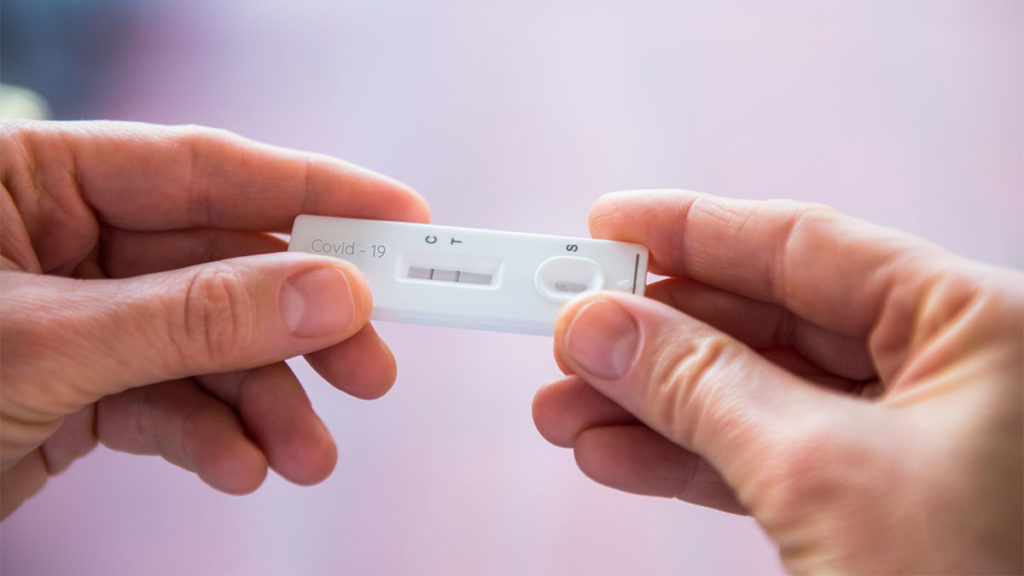